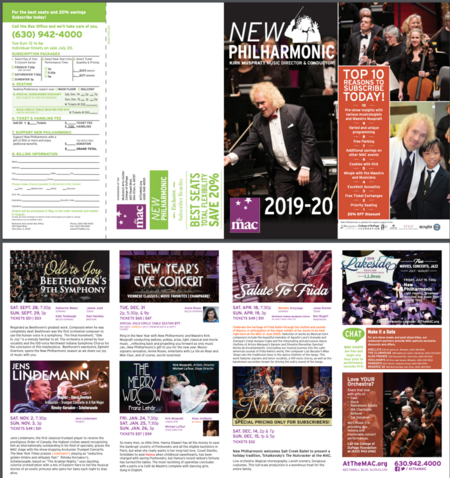 Kirk Muspratt (Music Director and Conductor) was recently named 2018 Conductor of the Year (Professional Orchestra) by the Illinois Council of Orchestras.
Muspratt has previously been honored as a “Chicagoan of the Year” in classical music by John von Rhein and the staff of the Chicago  Tribune. In honoring Muspratt, von Rhein said, “Ask the delighted adults and kids who this year flocked to his concerts at New Philharmonic … They will tell you he made concert going an interactive experience that was both enlightening and — are you ready? — fun.”

In 2017, New Philharmonic was awarded Professional Orchestra of the Year for the second time by the Illinois Council of Orchestras.

In order to involve the DuPage community to the maximum, Muspratt has created “Just Ask Kirk™” cards for audience members’ questions and a “Kirkature™” cartoon to help advocate the credo: “Classical music is for everyone.”

Muspratt is a native of Crows Nest Pass, Alberta, Canada.  Kirk became an American citizen in the summer of 2010.